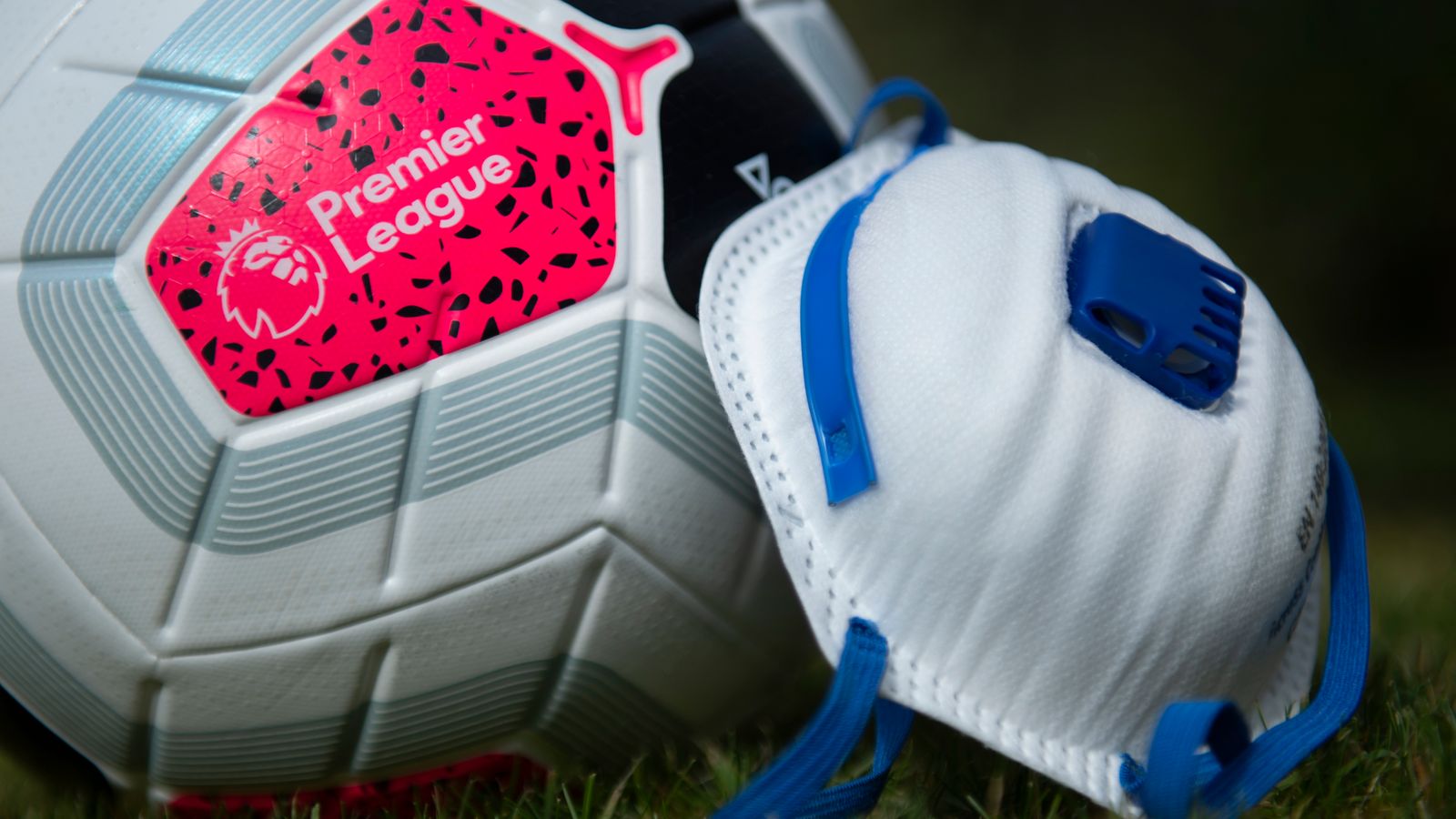 The Premier League is targeting a return to training in small groups from May 18, but four club doctors have expressed reservations about the league's Project Restart proposal.

Project Restart protocols state all players and staff must be tested twice in one week prior to entering the training ground for small group training and the Premier League is looking to organise their own drive-through testing centres, away from club's training grounds.

The Premier League presented its proposals to all 20 clubs last week and asked doctors for any concerns and feedback.

Four doctors have since sent in questions which will be answered at the league's next shareholders meeting on Monday, a day after the UK government gives an update on lockdown restrictions.

The proposals have been drafted by Premier League medical advisor Dr Mark Gillett, following close consultation with other European leagues including La Liga in Spain and Bundesliga in Germany.

Testing will only be done on the understanding it does not compromise the testing of key workers during the coronavirus pandemic and will be paid for by the Premier League and privately sourced, so it does not take any resources from public health needs.

Sky Sports News has been told a number of club doctors were involved in drafting the plan with Dr Gillett, and representatives from all 20 clubs discussed draft medical protocols during a conference call on April 25.

A guideline document of recommendations agreed by a working group of chief medical officers (CMOs) from a range of professional sports, including football, will be sent to government for review when and if lockdown measures are amended.

CMO's representing football, rugby, cricket, racing, Olympic and Paralympic sport along with officials from the Department for Digital, Culture, Media and Sport (DCMS) and deputy chief medical officer are meeting on Wednesday to discuss how to safely implement return to training proposals following their first virtual meeting last Friday.

The working group has informally discussed practicalities of a return to sport and medical issues in sub-working groups, with feedback welcomed.

How many temperature checking monitors are needed?

Would a player or athlete have temperature tested if they leave/return training facility on same day more than once?

Who and how many non-sporting staff are allowed at training facilities?

What would be the industry standard guide on the cleanliness of wet areas such as pools?

Premier League clubs remain committed to finishing the 2019/20 season, but this will only be possible if 8-10 neutral venues are used to play the remaining fixtures.

That is considered the most appropriate number of venues that will be granted safety certificates (Sports Grounds Safety Authority) and police approval.

Jamie Carragher, speaking on The Football Show, said he understood potential fears and insisted robust questions should be asked around player safety.

"Families, children, players, managers are watching the news and seeing the death toll go up. It's a huge fear for every family up and down the country.

"Footballers are no different; they should rightly ask serious questions about how safe it is to come back. That has to be the most important thing.

"There's been lots of talk about the financial side and that's a huge part of it - there are so many businesses around the country who will possibly go out of business unfortunately and we certainly don't want to see football clubs go the same way - but the most important thing is the safety of everyone involved."

Graeme Souness added: "The concerns of players, I'd think, would be around other members of their family. You couldn't force them to play at this time. It's a difficult one - we're in uncharted waters - but players will have to trust in their doctors."

Premier League shareholders had planned to meet on Friday after the government update but will now take time to understand the Prime Minister's latest advisory on lockdown and social distancing ahead of their meeting on Monday.

The new date will give the Premier League and its clubs time to consider government plans more fully. Clubs remain hopeful they will be able to begin training in the third week in May, ahead of a return to match action potentially in the middle of June.

With football suspended due to the coronavirus pandemic, what is the current situation around Europe's top leagues?

Here, we take a look at what is happening in the various English and Scottish divisions, as well as the state of play in Spain, Germany, Italy, France, the Netherlands, Belgium and Portugal.